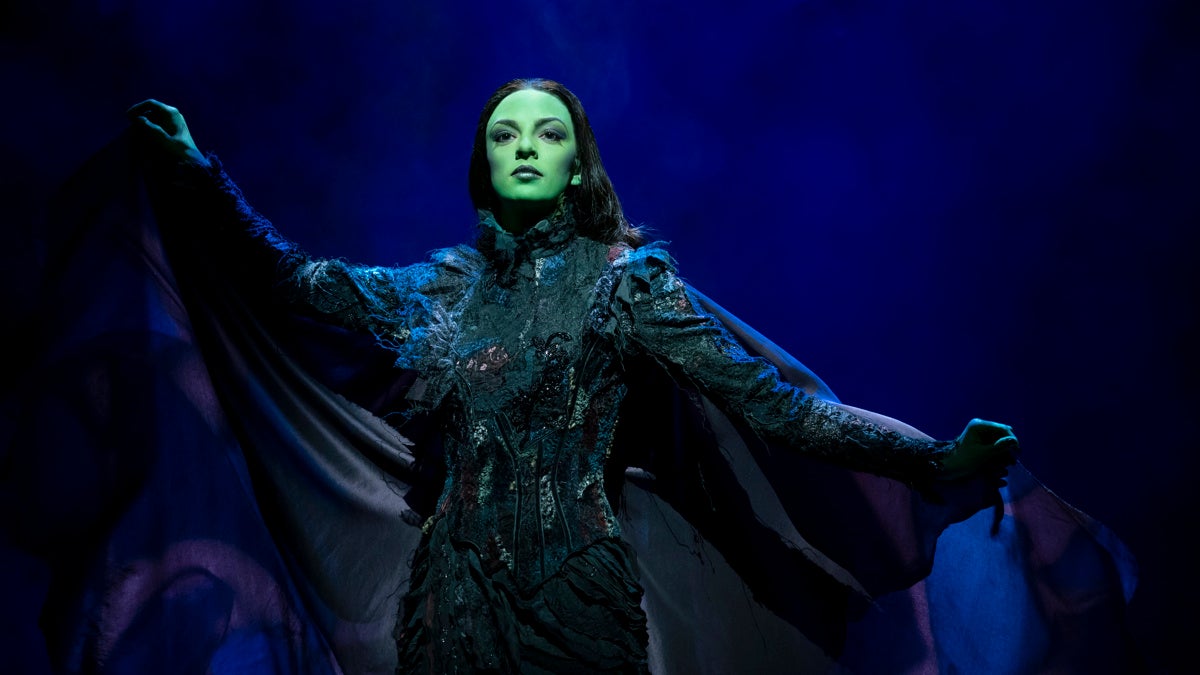 After making her Broadway debut in Joe Tracz and Joe Iconis’ Audience Choice Award-winning musical Be More Chill, Talia Suskauer is now starring as Elphaba in the long-running North American tour of Wicked. Originally from Palm Beach Gardens, Florida, Suskauer has appeared on stage in productions of Shrek the Musical, The Mystery of Edwin Drood, The Secret Garden and Little Women. But now, Suskauer is taking on one of the most coveted roles in musical theater: that young woman with emerald-green skin who learns how to defy gravity in Wicked, which is currently playing The Hippodrome Theatre in Baltimore through March 8. Broadway.com recently chatted with Suskauer about touring across North America in the blockbuster musical.

What’s the best part about taking Wicked to theatergoers across the country?
This show is iconic. When people think of “musical theater,” Wicked is most likely one of the first shows that comes to mind. However, getting to New York City to see Wicked on Broadway is not something that everyone in the country has the ability to do. For many across the nation, the cast album has been people’s only window into Munchkinland. We have the unique privilege of taking Wicked around the country and sharing it with people who have been dying to see it for years, and also with people who have no idea what it is. Touring is such a unique experience and an incredible honor.

Why excites you most about playing Elphaba? How does playing her challenge you and, on the flip side, how does it reward you?
Oh man, I could talk forever about this. Ever since seeing Wicked as a kid, I have been completely obsessed with it. Elphaba was, and is, my ultimate dream role. Getting to walk in the footsteps of so many of my female role models who have played this part before me is unbelievably exciting. Getting the “chance to fly” every single night in perhaps what is, in my opinion, the most thrilling moment in musical theater is the most fun. I also think it’s very exciting that I get to be someone’s first Elphaba every show. That is very cool. You never forget your first witches.

Playing Elphaba is a challenge every single day—both physically and mentally. Building up the stamina to play this part was a challenge in and of itself. I am constantly singing—sometimes after running, sometimes on the ground, sometimes after yelling in a scene. I had to figure out healthy ways to do these things, and also how to breathe through it. I also had to quickly come to terms with the fact that I am a human woman, not a robot, and every show will not sound the way I want it to, simply because I feel different each day. Another challenge? Not comparing myself to the other women who have played this role. Finding my version of Elphaba has been an awesome adventure. I can only be myself—why try to be anyone else? Working through these challenges every single day has been an incredibly rewarding experience. I am a stronger woman after every show. I learn something new from Elphaba every single day. I am the luckiest witch.

How have audiences been reacting to this show? What’s something you’ve learned about this show because of/through a theatergoer’s response?
They just love it! It’s really cool to get audiences that know the show really well and also have audiences that have no idea what they are in for. Either way, by the end, the reaction is the same. Not to be cliché but also to be cliché—they have been changed “for good.” I’ve met many audiences members who have told me that our show has helped them through tough times—whether a family member or friend has passed and Wicked has helped them through their grieving process, or they have been bullied because they are “different,” and Wicked showed them that what makes us different makes us special and strong. It is such an honor to meet these people—they remind me how important telling this story is.

Who or what continues to inspire you most as an artist and why?
The artists in our industry who continue to overcome limitations that society has placed on them, the artists that break barriers down and start important conversations and create meaningful work that become vehicles for diverse stories to be told, these artists inspire me. They give me hope for the future of our industry and continue to show the world how crucial live theater is.

What do you like to do when you’re not working?
I love discovering the unique things about whatever city I’m in and checking them out. I love coffee—so in every new town, I’ll seek out all the cutest coffee shops and plant myself there and people watch/read/catch up on emails. Being on the road means I am away from all of my family and friends, so during the day, before a show, I’ll try to FaceTime and call folks I haven’t spoken to in a minute.

What city have you enjoyed the most, so far, and why?
Oof. I think it is a close tie between Atlanta and St. Louis. We played the Fox Theatre in both cities, which are arguably the most beautiful touring houses in the country. The people love, love, love our show, and both cities had amazing food and coffee and had fun things to do.

What is one message you would like to give to your fans?
Come see us. Come spend nearly three hours in Oz. I implore you to be in the moment with us—turn your electronics off, put your phones away, please don’t bootleg. It is not only distracting to your fellow audience members and to the actors onstage, but it will never turn out as well as the live performance. Live theater is so beautiful because it happens in an instant—it is a fleeting moment that we share together, and then it goes away. So, come join us at Wicked, soak it all in, and tell your friends to come see us when we get to their city.

Visit BroadwayAcrossAmerica.com to find out when Wicked is headed to your city.