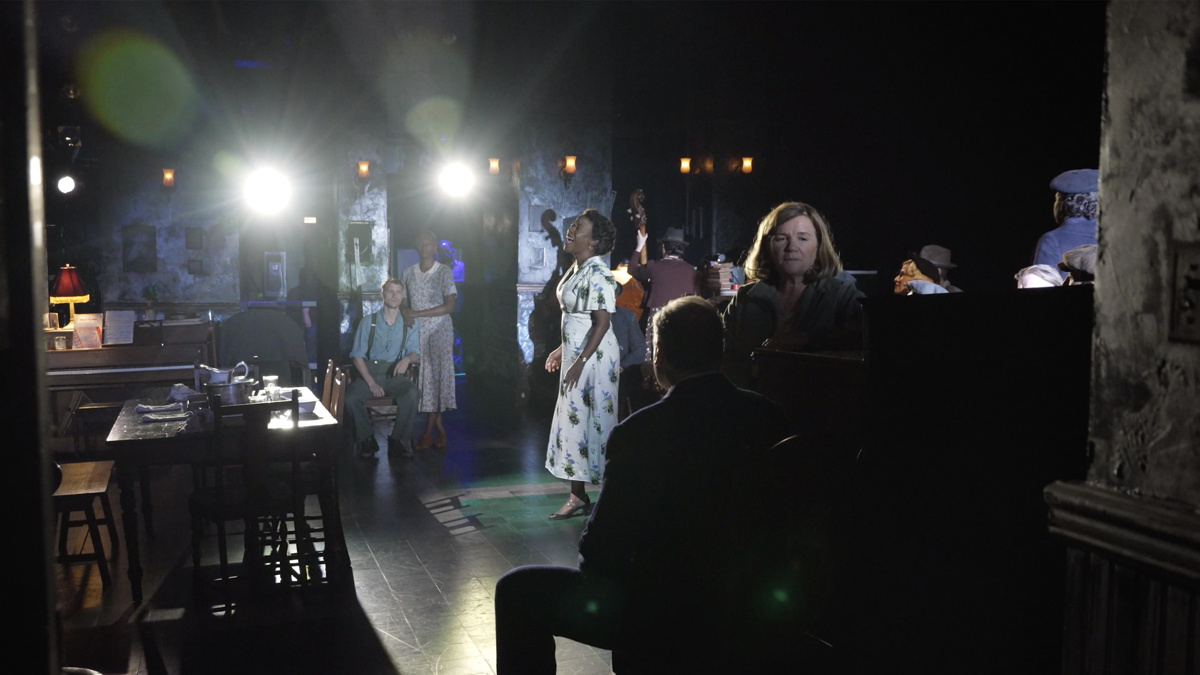 Go inside the reopening night by watching the cast, lead by Bayardelle, sing the production’s final song.

Below, watch the stars take their bows and hear Winningham read a note from Bob Dylan!