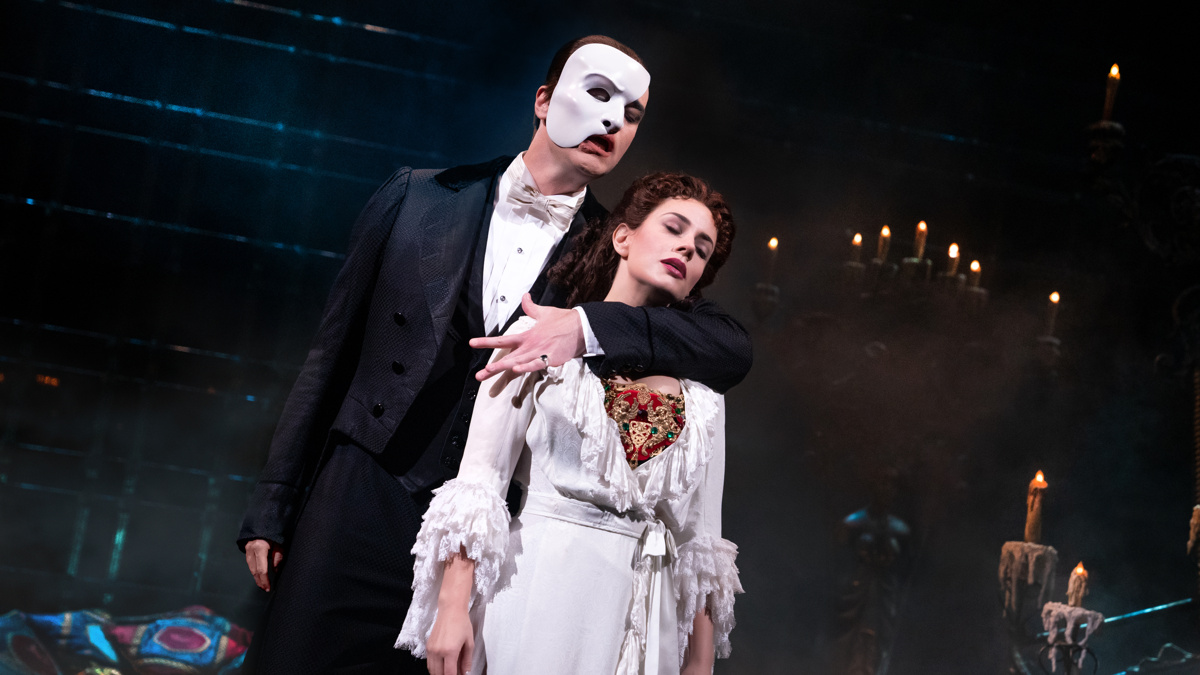 The Phantom of the Opera Sets Date for Broadway Return

The Phantom of the Opera, Broadway’s longest-running musical, has set a date to resume performances at the Majestic Theatre. It will return to Broadway beginning on October 22.

“I am a proud Brit, but Broadway has always been my spiritual home,” said Andrew Lloyd Webber in a statement. “To have Phantom lead the effort to bring our beloved community back to the stage is a moment of immense pride for me. The only heartache is that Hal [Prince] will not be with us, but when we all return for our first performance on October 22, I know his spirit will be there, cheering our cast, crew and orchestra on and welcoming audiences back to the Majestic Theatre.”

With a book by Richard Stilgoe and Lloyd Webber, music by Lloyd Webber and lyrics by Charles Hart, The Phantom of the Opera is based on the novel Le Fantôme de L’Opéra by Gaston Leroux. It follows a deformed composer who haunts the grand Paris Opera House. Sheltered from the outside world in an underground cavern, the lonely, romantic man tutors and composes operas for Christine, a gorgeous young soprano star-to-be. As Christine’s star rises, and a handsome suitor from her past enters the picture, the Phantom grows mad, terrorizing the opera house owners and company with his murderous ways. Still, Christine finds herself drawn to the mystery man.