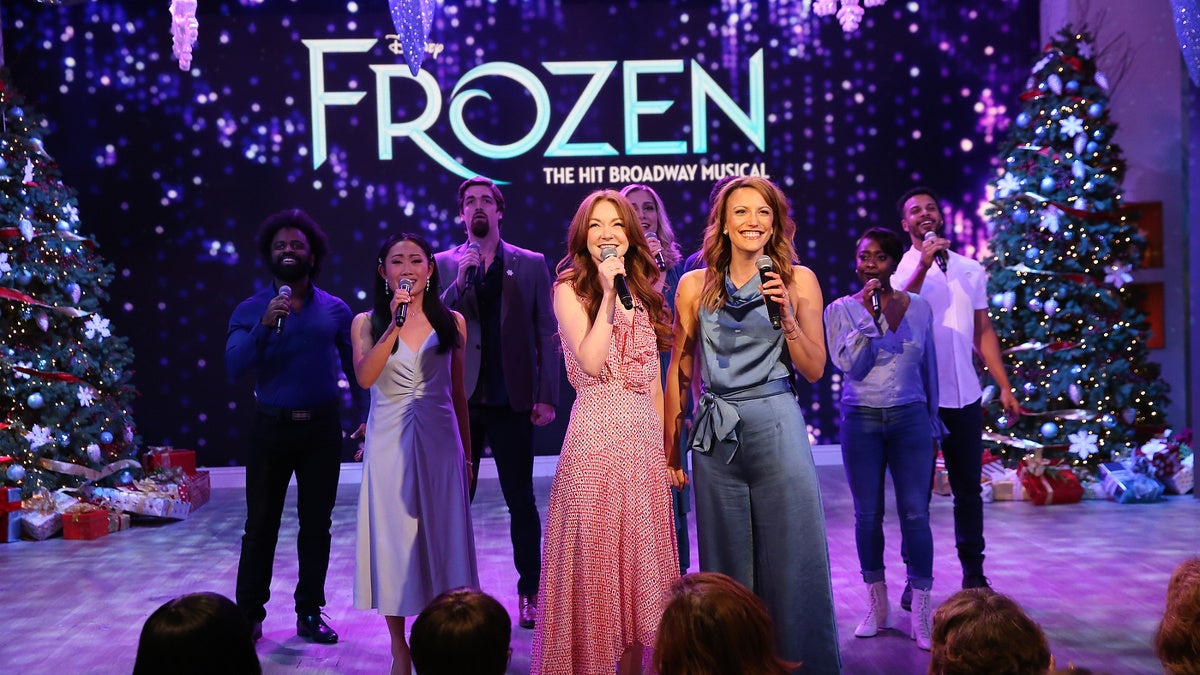 It is, indeed, the most wonderful time of the year! CBS’ The Talk celebrated the holiday season with an all-musical episode on December 20 and the highlight of the episode, in our humble opinion, was the touring cast of Disney’s Frozen performing “Let It Go”! Frozen, which has joined Disney Theatrical hits The Lion King and Aladdin on tour across North America, is currently playing the Hollywood Pantages Theatre in Los Angeles, where it’ll run through February 2, 2020. Watch Caroline Innerbichler and Caroline Bowman, who play Anna and Elsa, respectively, in the show perform in the video below, and get your tickets to see Disney’s Frozen tour!