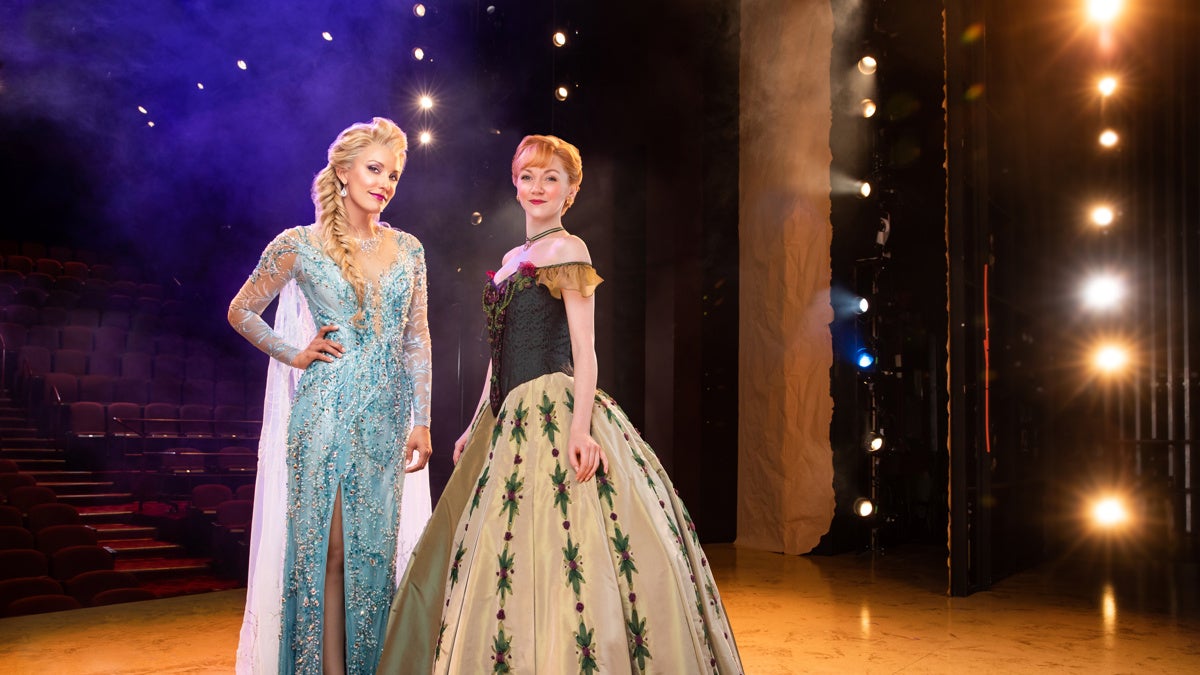 They’re ready to build a magical snowman! Disney Theatrical Productions released a first look at Frozen tour stars Caroline Bowman and Caroline Innerbichler as Elsa and Anna, respectively, in Tony winner Christopher Oram’s iconic costumes for the production. Frozen, the Tony-nominated Best Musical, will launch a North American tour this fall. The tour is set to officially open at the Hollywood Pantages Theatre in Los Angeles December 4 through February 2, 2020. Joining Bowman and Innerbichler in the tour are Austin Colby as Hans, F. Michael Haynie as Olaf, Mason Reeves as Kristoff, Jeremy Morse as Weselton, and Collin Baja and Evan Strand alternating as Sven. Take a look at photographer Matthew Murphy’s photos of the stars below and get your tickets to see Disney’s Frozen close to your home!