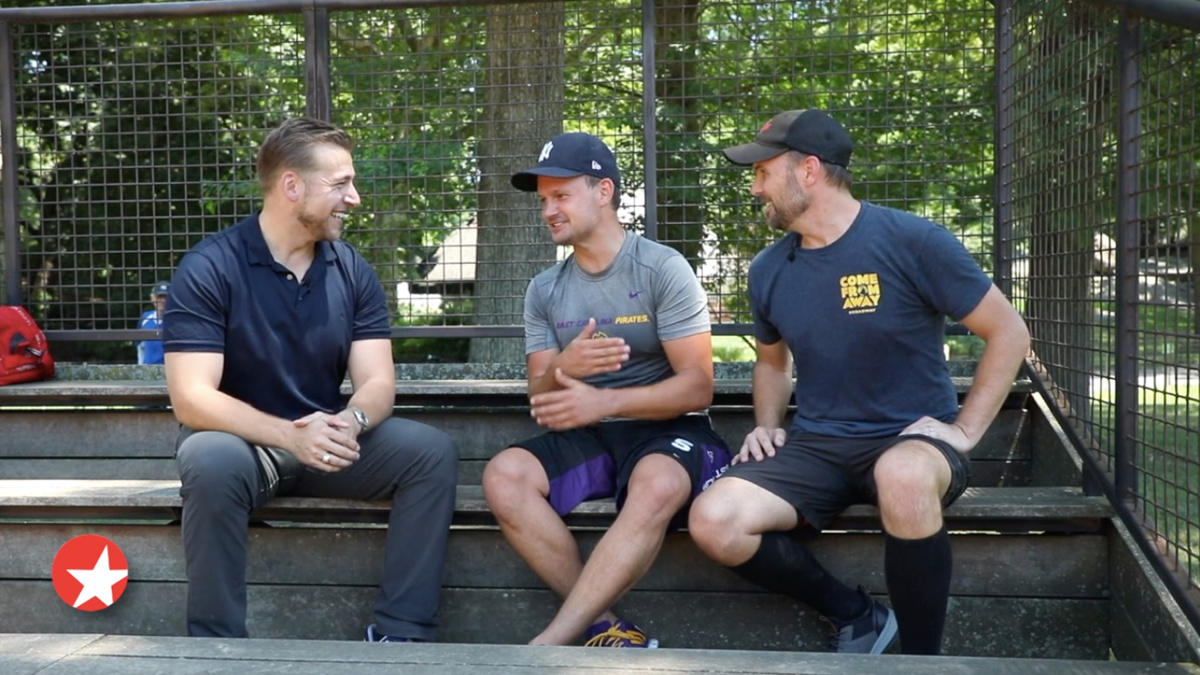 Play Ball! Head to the Diamond to Learn All About the Broadway Show League

During the warmer months, many Broadway stars unveil yet another talent: softball! The Broadway Show League, which was officially established in 1955, includes over 20 teams and includes theater people from on stage and off. Like Broadway, the League was shut down during the height of the COVID-19 pandemic. On a recent episode of The Broadway Show with Tamsen Fadal, correspondent Perry Sook headed to Central Park to find out what it means for the players to get back on the field this season.

“With Broadway being shut down, it wasn’t good to gather, obviously, for two years. Not being out here for two years has been so hard on all these players,” League Commissioner John Gordon said. “But now we’re back in the swing of it. Shows are up and running. We’re just trying to keep everybody on the field.”

This seasons teams include company members from Aladdin, Beetlejuice, Come From Away, Moulin Rouge! (Derek Klena received the title of MVP just last week), Come From Away, Hamilton, ​​​​​​The Lion King, The Phantom of the Opera, The Music Man, Wicked and more. All games take place at Hecksher Fields. The game schedule can be found here.

Watch the video below, and head here to check your local listings for The Broadway Show. Hosted by Emmy-winning anchor Tamsen Fadal, it is the only nationally syndicated weekly theater news program.