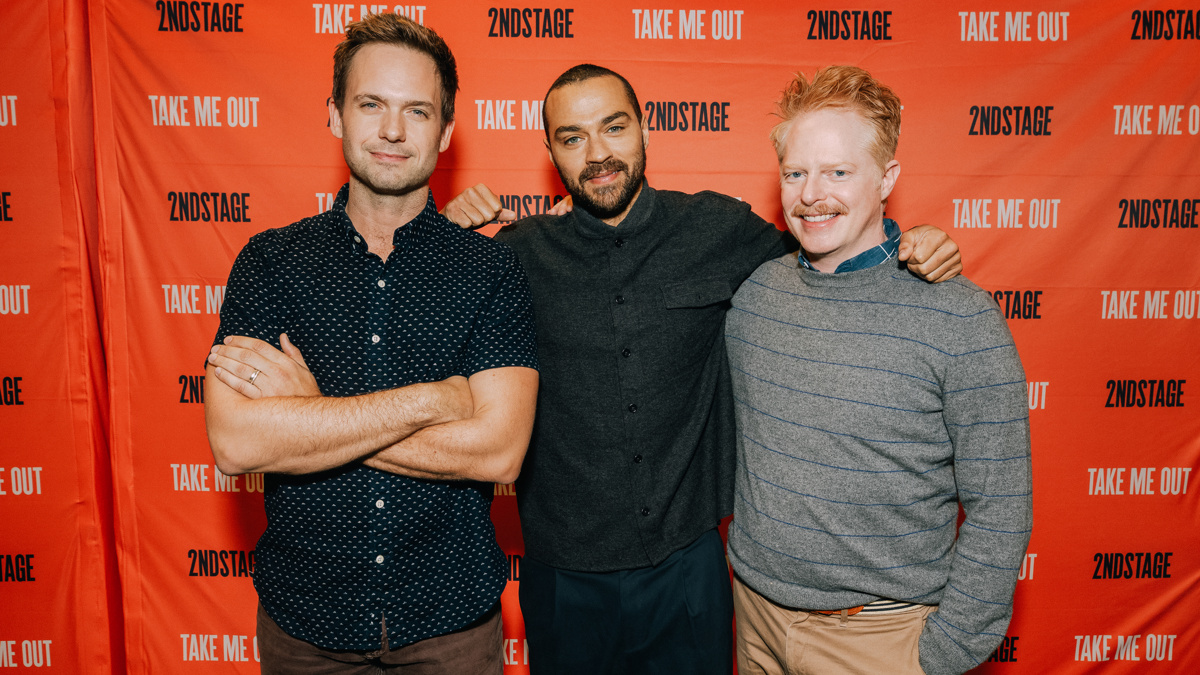 Batter up! Casting has been confirmed for the upcoming Broadway revival of Richard Greenberg’s 2003 Tony-winning play Take Me Out. Patrick J. Adams, Jesse Tyler Ferguson and Jesse Williams, who were set to star in the production when it was first announced pre-pandemic, are confirmed to return. Take Me Out, which had been scheduled to open in April 2020, will now begin performances on March 9, 2022 with opening night set for April 4 at the Helen Hayes Theatre. Scott Ellis directs.

Take Me Out follows Lemming (Williams), star center fielder for the Empires, who reveals he is gay and faces a barrage of long-held unspoken prejudices. Facing some hostile teammates and fraught friendships, he is forced to contend with the challenges of being a gay person of color within the confines of a classic American institution. As the Empires struggle to rally toward a championship season, the players and their fans begin to question tradition, their loyalties and the price of victory.

This marks the Broadway debuts for both Adams and Williams, who are known for their screen careers. Adams earned a SAG nomination for his leading turn on the series Suits, and Williams is known for playing Dr. Jackson Avery on Grey’s Anatomy. Ferguson is a New York theater veteran most recently seen on Broadway in Fully Committed. His other stage work includes Broadway’s 25th Annual Putnam County Spelling Bee and On the Town and off-Broadway’s  Log Cabin, The Tempest, The Comedy of Errors, The Winter’s Tale, The Merchant of Venice, A Midsummer Night’s Dream, Where Do We Live?, Little Fish and Kean. He has garnered five Emmy nominations for playing Mitchell Pritchett on ABC’s Modern Family.