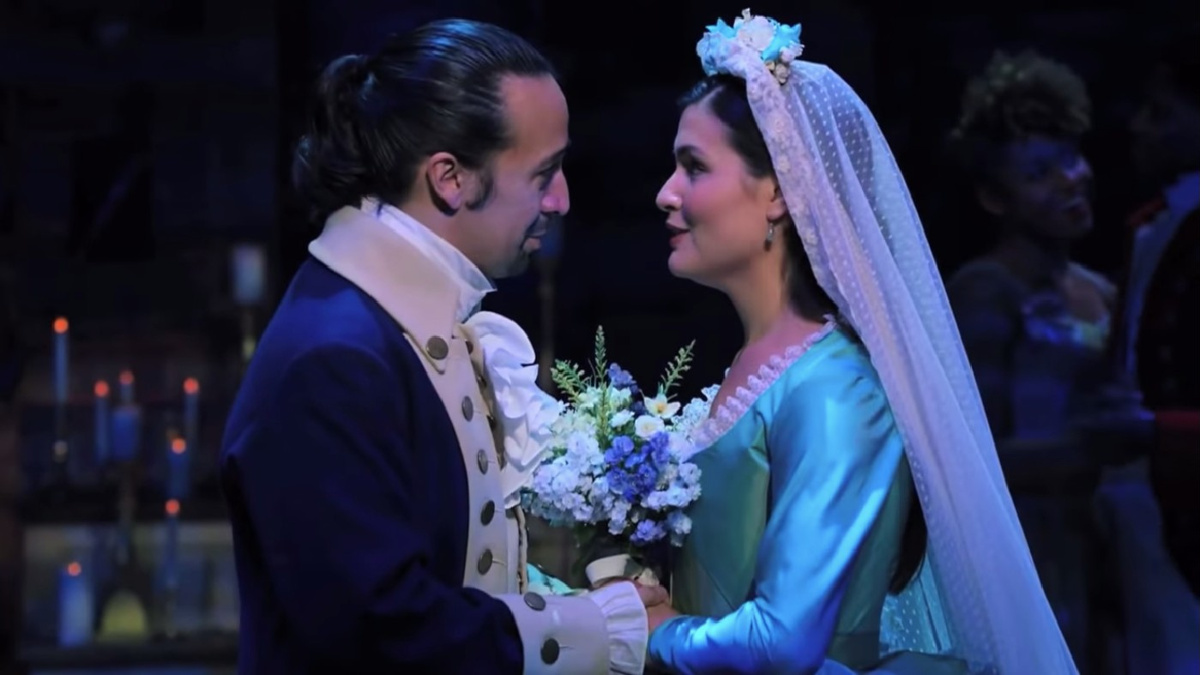 Here's a quick roundup of stories you might have missed recently.

Hamilton Could Receive Even More Accolades
The filmed stage production of Hamilton had its Disney+ premiere in 2020, and now, it is eligible in the comedy/musical categories for the 2021 Golden Globes , according to Variety. Creator and star Lin-Manuel Miranda as well as Leslie Odom Jr., who earned a Tony Award for his performance in the show in 2016, are eligible in the leading acting categories. Tony winners Renée Elise Goldsberry and Daveed Diggs as well as Tony nominees Phillipa Soo, Christopher Jackson, Jonathan Groff and the rest of the cast could compete in supporting acting nominations. Golden Globe noms are set to be announced on February 3, and the ceremony will take place on February 28.

Tony-Winning Producer Roger Berlind Dies at 90
Roger Berlind, a Broadway producer who worked on over 100 plays and musicals, died on December 18 in his Manhattan home. He was 90. The cause of death was cardiopulmonary arrest. With 25 Tony Awards to his name, some of his hits include The Book of Mormon, Dear Evan Hansen, City of Angels and revivals of Guys and Dolls, Hello, Dolly, and Kiss Me, Kate. Most recently, he served on the producing team that brought Daniel Fish’s Tony-winning Oklahoma! revival to Broadway. He is survived by his wife, son and two granddaughters.

Todd Michel Smith, Original Hairspray Cast Member, Dies on New Year's Day
Todd Michel Smith, who originated the role of IQ in Hairspray on Broadway, died on January 1, 2021 from cancer. Hairspray composer Marc Shaiman shared on Instagram that Smith was with the musical for its entire run and only missed performances when he was undergoing brain surgery. Smith is survived by his wife, Michele, and daughter, Peyton Rose.

Acclaimed Vocal Coach David Romano Dies at 69
David Romano, who appeared in the original cast of Broadway's long-running hit The Phantom of the Opera, has died at the age of 69. Romano had a heart ailment and died at his home in Palm Springs on December 26, according to The Hollywood Reporter. A vocal coach to stars like Josh Groban and Sarah Brightman, he also toured the world as a soloist. Romano sang in more than 100 concerts with conductor and chorus leader Roger Wagner and has been heard on more than 30 film soundtracks, including the 1982 MGM film Yes, Giorgio, in which he performed a duet with Luciano Pavarotti. Romano released a solo album All the Things You Are in 1998. In addition to his Broadway credit in Phantom, he appeared on stage in the original Los Angeles production of Evita and in Words and Music, Camelot, Kismet, Wonderful Town and Bells Are Ringing.

The Gospel at Colonus Scribe Lee Breuer Dies at 83
Lee Breuer, a Pulitzer Prize finalist for The Gospel at Colonus, has died at the age of 83. Mabou Mines, the experimental theater company he co-founded, announced the news on Twitter. He passed away at home on January 3. Breuer directed many Obie-winning productions, including A Prelude to Death in Venice, Peter and Wendy, Mabou Mines Dollhouse and Mabou Mines Lear. His best known work is The Gospel at Colonus, which ran on Broadway in 1988. A televised version of the production was nominated for an Emmy in 1986. Breuer is survived by his wife Maude Mitchell, children Clove, Lute, Alexander, Mojo and Wah, daughters-in-law Jenny and Martha and three grandchildren.

The Color Purple Movie Sets Release Date
Fans are one step closer to seeing Oprah Winfrey and Steven Spielberg's new movie musical version of The Color Purple. According to The Hollywood Reporter, the movie is scheduled for release on December 20, 2023. As previously announced, Blitz Bazawule, who co-directed Beyoncé's Black Is King, has been tapped to helm the film with poet and playwright Marcus Gardley set to pen the screenplay. Based on the novel by Alice Walker, The Color Purple follows Celie as she journeys from childhood through joy and despair, anguish and hope to discover the power of love and life. The first film starred Whoopi Goldberg in an Oscar-nominated performance as Celie and Winfrey in the role of Sofia. Casting will be announced later. Tony winner Cynthia Erivo told Broadway.com she would be game to reprise her stage role as Celie: "It’s a piece of art that changed my life. I only think of it fondly. To memorialize the musical version on film would be incredible."