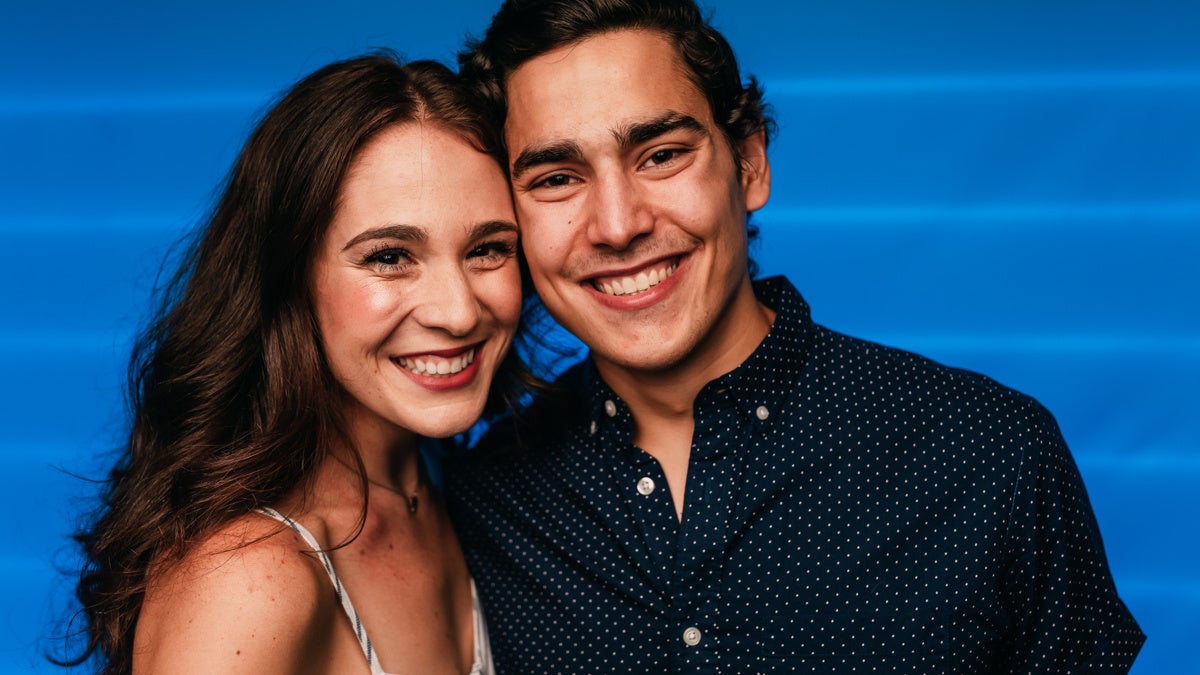 Sarah Hinrichsen and Chris Clark are gearing up to give audiences across the country license to chill as the stars of the Escape to Margaritaville national tour. Hinrichsen and Clark are playing Rachel and Tully, respectively, which marks both of their professional stage debuts. The duo stopped by Broadway.com’s #LiveAtFive to talk all about singing Jimmy Buffett’s iconic songs before they set out on tour. “We are very thankful to be inducted into the Parrothead community,” Clark said to Ryan Lee Gilbert. “It’s very special to me. I grew up listening to Jimmy [Buffett] and my parents are Parrotheads through and through.”

Singing the songs of one of the most acclaimed artists is no easy feat, but the young stars are feeling the pressure even more because of their families’ love for Jimmy Buffett. “When we first started texting, before rehearsal started, Chris said, ‘Please tell me your parents are Parrotheads, too’,” Hinrichsen said. “I’m always catching my mom watching Jimmy’s Instagram lives of his concerts now.” As for Clark, his casting led to a beautiful full-circle moment. “My dad went to a Jimmy Buffett concert two days after I was born,” he said. “After I got the part, I went to a Jimmy Buffett concert and took my parents and it was at that same venue. They got to meet Jimmy and it was crazy.”

While they’re both starring in the traveling production, Hinrichsen and Clark’s journeys to Margaritaville couldn’t have been more different. “I went to an open call in New York City where there were hundreds of people,” Hinrichsen said. “I sang a country song and went through about 10 rounds of call-backs until I got to the last room where I sang for Jimmy. After I finished he said, ‘I liked it,’ which was great.” In Clark’s case, he was found by some of the creative team. “I was seen by the casting director at my senior showcase,” he said. “I sent in my video and they asked me to come into the city the following week. It’s been an honor. Jimmy is truly the Beyoncé of Trop Rock [music].”

In the spirit of the show’s delicious drink name, we had to ask the pair what cocktail they would be. “I would be a whiskey sour because I like whiskey but it’s got something extra,” Clark said. Hinrichsen found herself stuck between two drinks, “I’m struggling between a mojito and sangria, but sangria was my gut-reaction.” While these are all excellent options, Clark had to recognize there is one true winner, “It’s always going to be margaritas!”

Catch Clark and Hinrichsen in Escape to Margaritaville in a city near you!

Watch the full #LiveAtFive episode below!

More Buzz About Escape to Margaritaville