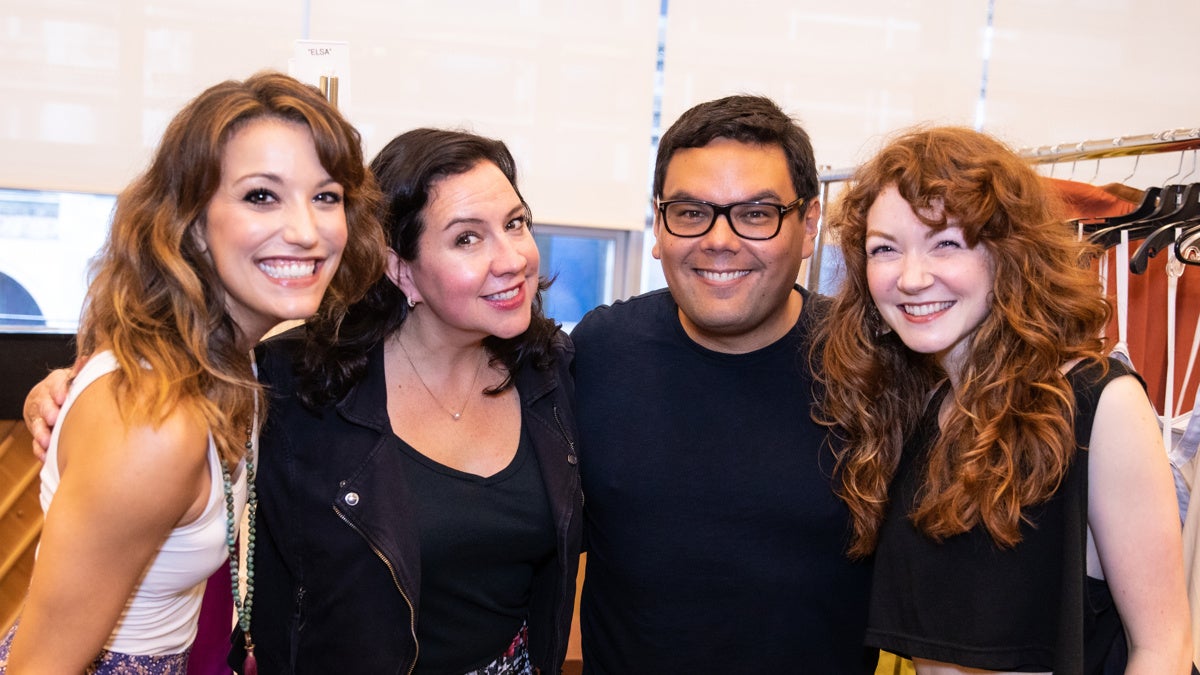 There’ll be music, there’ll be light, there’ll be dancing through the night! The North American tour of Disney’s Frozen is getting ready to hit the road this fall. The tour, which stars Caroline Bowman as Elsa and Caroline Innerbichler as Anna, will launch in Schenectady, NY, prior to an official opening at the Hollywood Pantages Theatre in L.A. this fall. Featuring direction by Tony winner Michael Grandage and choreography by Tony winner Rob Ashford, the Tony-nominated Best Musical is an unforgettable theatrical experience filled with sensational special effects, stunning sets and costumes, and powerhouse performances. The full company of the Frozen tour, which also features Austin Colby as Hans, F. Michael Haynie as Olaf, Mason Reeves as Kristoff, Jeremy Morse as Weselton, Collin Baja and Evan Strand alternating as Sven, Stella Cobb and Arwen Monzon-Sanders as Young Anna, and Alyssa Kim and Jaiden Klein as Young Elsa, recently came together for their first day of rehearsal. Check out Evan Zimmerman’s photos of the company and get ready for some Disney magic headed your way.

Visit BroadwayAcrossAmerica.com to find out when Disney’s Frozen tour is headed to your city.