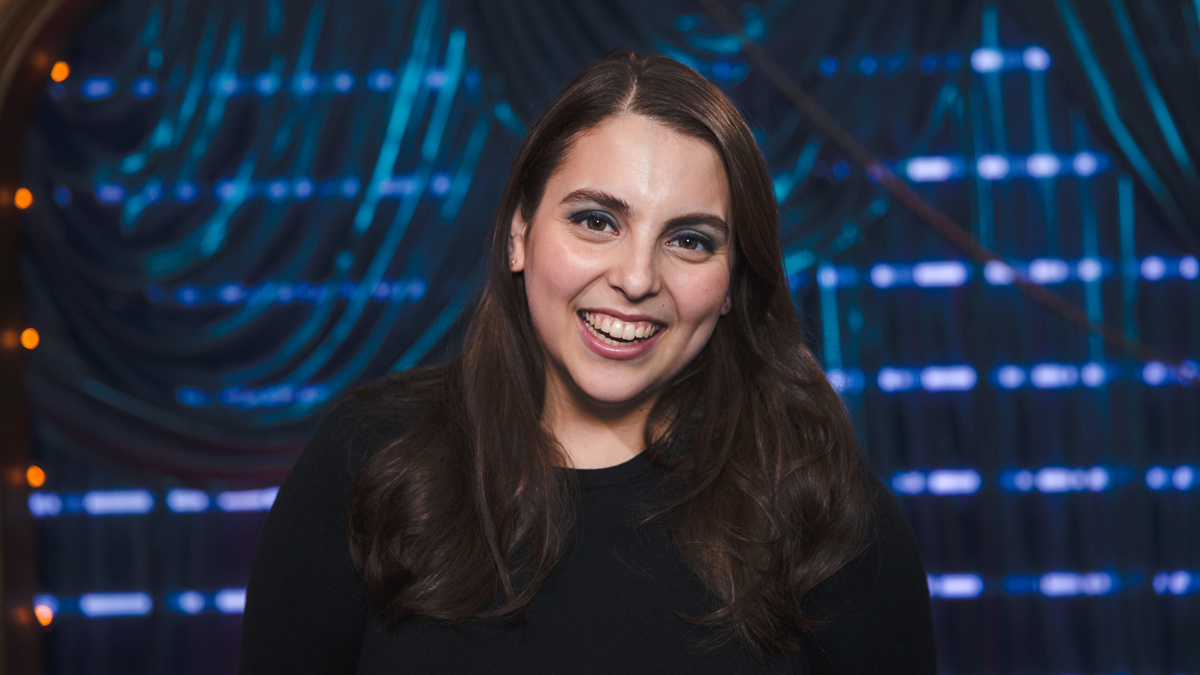 Beanie Feldstein to Star in Funny Girl on Broadway Next Year

She’s the greatest star! Beanie Feldstein will play Fanny Brice in Funny Girl on Broadway. Michael Mayer directs the new production, which features a revised book by Harvey Fierstein. Performances are set to begin in spring 2022 at a theater to be announced. Additional casting is to come.

“The first time I played Fanny Brice was at my third birthday party, in a head-to-toe leopard print outfit my mom made for me,” Feldstein said. “So, it’s safe to say that stepping into this iconic role, on Broadway and not in my family’s backyard, is truly my lifelong dream come true. I am immensely grateful to be able to do so alongside such a remarkable creative team, and cannot wait for audiences to get back in theaters again!”

Feldstein made her Broadway debut as Minnie Fay in the 2017 Hello, Dolly! revival. She is a Golden Globe nominee for Booksmart and is known for her roles in Lady Bird, How to Build a Girl, What We Do in the Shadows and more. Feldstein will star as Monica Lewinsky in the upcoming series American Crime Story: Impeachment. As previously announced, she appears in the upcoming film adaptation of Stephen Karam’s Tony-winning play The Humans. She will also star alongside her real-life best friend Ben Platt in a movie adaptation of Stephen Sondheim and George Furth’s musical Merrily We Roll Along that will film over the span of 20 years.

Funny Girl features music by Jule Styne, lyrics by Bob Merrill and a book by Isobel Lennart. The musical follows Fanny Brice, who rose from the Lower East Side of New York to become one of Broadway’s biggest stars under producer Florenz Ziegfield. While she was cheered onstage as a great comedian, offstage she faced a doomed relationship with the man she loved.

This marks the first time Funny Girl will return to Broadway since its debut 58 years ago. The original production of Funny Girl premiered on Broadway in 1964 and famously starred Barbra Streisand. It was nominated for eight Tony Awards, including Best Musical. Streisand reprised her leading turn as Fanny Brice in the film adaptation of the musical in 1968, for which she won an Oscar for Best Actress.

More information, including a theater and exact dates, will be announced later.