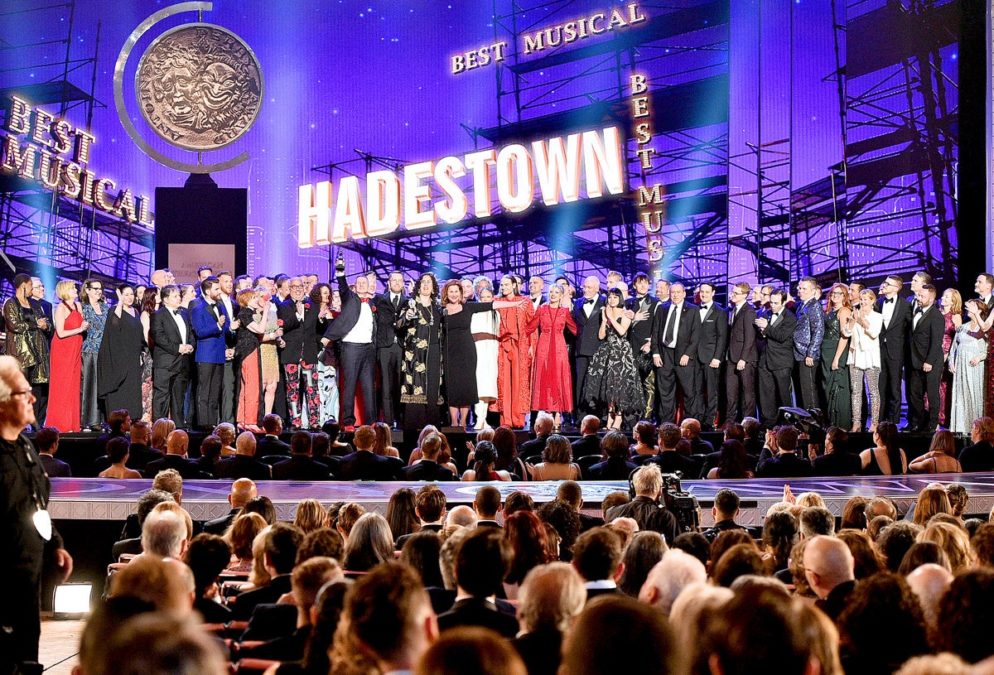 Hadestown has been named winner of the 2019 Tony Award for Best Musical. The new tuner triumphed at the 73rd Annual Tonys ceremony on June 9 at Radio City Music Hall. Hadestown beat out fellow nominees The Prom, Ain’t Too Proud, Beetlejuice and Tootsie.

“If Hadestown stands for anything, it’s that change is possible. In dark times, spring will come again,” said producer Mara Isaacs in her acceptance speech. “Our path to Broadway is like a caravan. Along the way, our caravan has swelled as we added artists, theater makers, co-producers, all of whom have been swept up by the power of love that is in the center of our story.”

Written by Anaïs Mitchell and directed by Rachel Chavkin, with choreography by David Neumann and musical direction by Liam Robinson, Hadestown retells the Greek myth of tragic lovers Orpheus and Eurydice. Over the last nine years, Hadestown evolved from a 2010 concept album by Mitchell to a traveling road show in Vermont to an off-Broadway staging at New York Theatre Workshop to a pre-Broadway run on London’s West End and now a Broadway premiere at the Walter Kerr Theatre.