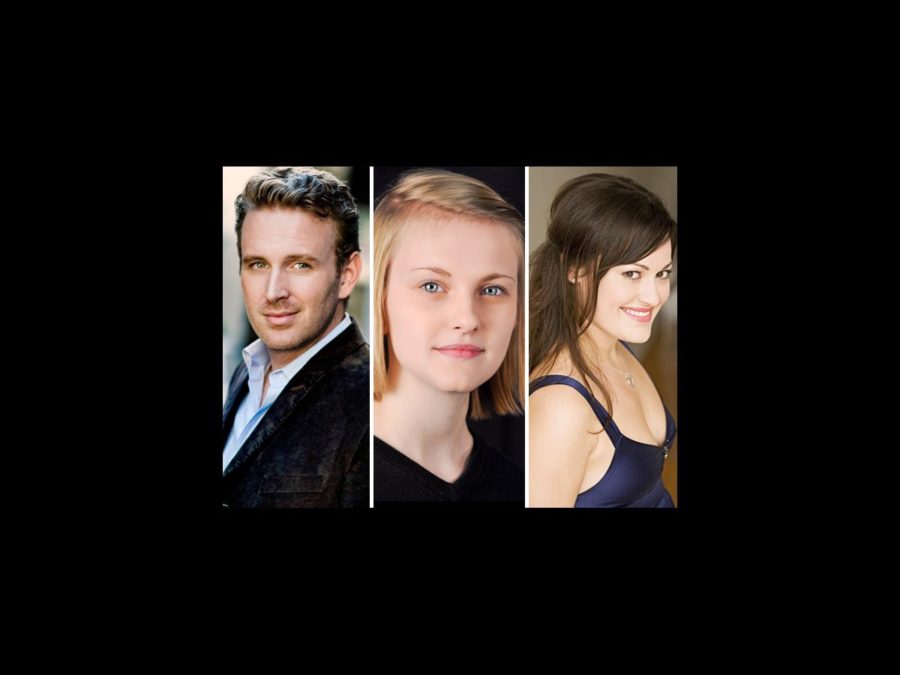 Climb every mountain, ford every stream, follow every rainbow, till you find your dream cast! Broadway alum Ben Davis and newcomer Kerstin Anderson will headline the previously announced tour of Rodgers & Hammerstein's The Sound of Music, as Captain Georg von Trapp and Maria Rainer, respectively. Directed by two-time Tony Award winner Jack O’Brien, this brand new production of The Sound of Music will officially launch at the Ahmanson Theatre in Los Angeles in September, before continuing to cities across the country.

“I’ve always believed Maria was a 'star-making' part, rather than the leading role we remember from the movies; so I went looking for someone with star-making magic,” said director O’Brien, in a statement. “And in through the audition door one day walked Kerstin Anderson, still studying at Pace University in New York. She opened her mouth, she sang and the tears welled up in my eyes. If ever there were an enchanting young woman standing on the brink of discovery—this was it! And now, the discovery is about to be all of ours!”

Featuring music by Richard Rodgers, lyrics by Oscar Hammerstein II and a libretto by Howard Lindsay and Russel Crouse, The Sound of Music tells the story of the musical von Trapp family and the nun who becomes their nanny and eventual step-mother. Set in Austria on the eve of World War II, the score includes favorites such as the title song, “My Favorite Things,” “Do Re Mi,” “Edelweiss” and “Climb Ev'ry Mountain.” This new production will feature scenic design by Douglas Schmidt, lighting design by Natasha Katz and sound design by Ken Travis.