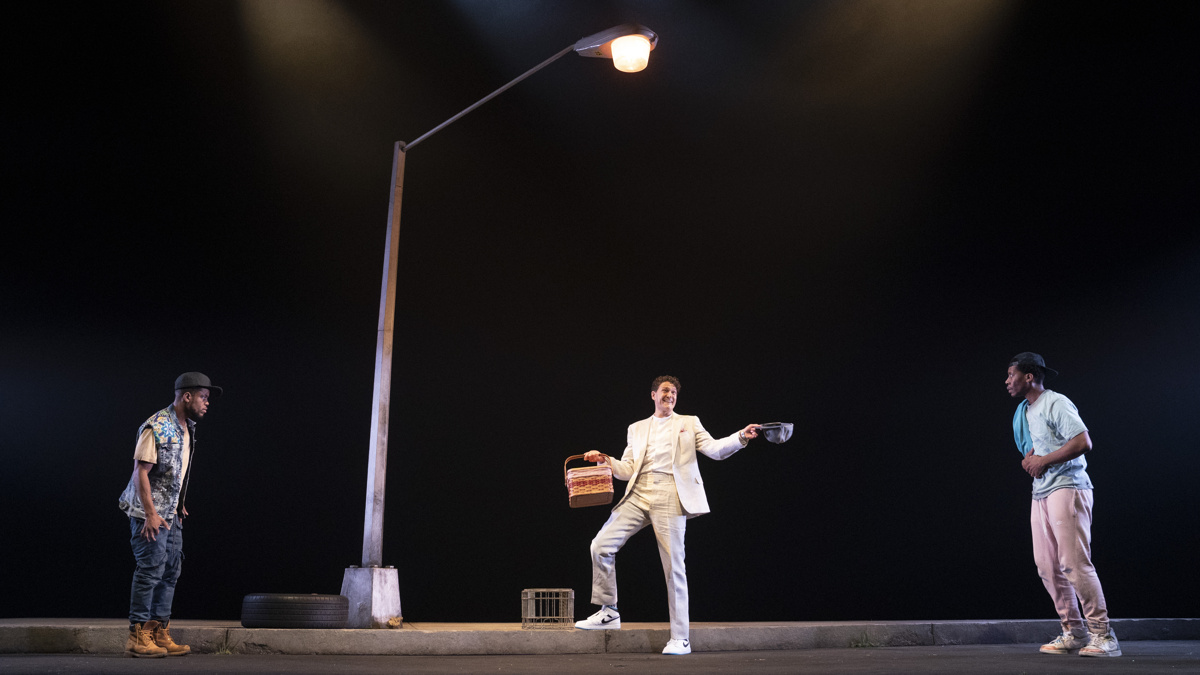 Antoinette Chinonye Nwandu’s Pass Over will now officially open at the August Wilson Theatre three weeks earlier than originally announced. Previously set for a September 12 opening, The Danya Taymor-directed Pass Over will now celebrate its opening night on August 22.

Pass Over began preview performances on August 4, becoming the first Broadway play to perform since the shutdown, and is set to run for a limited run through October 10.

“We built our schedule with more time than we would need knowing there was a real possibility we would need to delay rehearsals or previews,” said producer Matt Ross in a statement. “Thanks to the extraordinary work of everyone in this company, we’ve been able to safely mount this production on schedule, and we’re now able to advance our opening night to August 22nd. We will still hold a larger scale celebration on September 12th, out of respect to those who have planned for that date and so that we have the time to plan how to celebrate this moment safely, but at the scale that it merits.”

Pass Over, which stars Tony nominee Jon Michael Hill, Namir Smallwood and Tony winner Gabriel Ebert, draws inspiration from Waiting for Godot and the Exodus story. Moses and Kitch are the stars as they stand around on a city street. corner, passing the time and hoping that maybe today will be different. As they dream of their promised land, a stranger wanders into their space and disrupts their plans.

The drama premiered at Chicago’s Steppenwolf Theater in 2017. Spike Lee then filmed the staged play for Amazon Prime and played it at the 2018 Sundance Film Festival and SXSW. Lincoln Center Theater/LCT3 produced a revised version in 2018 that received the 2019 Lortel Award for Outstanding Play.

This production of Pass Over also reunites the full design team from the Lincoln Center Theater/LCT3 production. It features sets by Wilson Chin, costumes by Sarafina Bush, lighting by Marcus Doshi and sound by Justin Ellington.