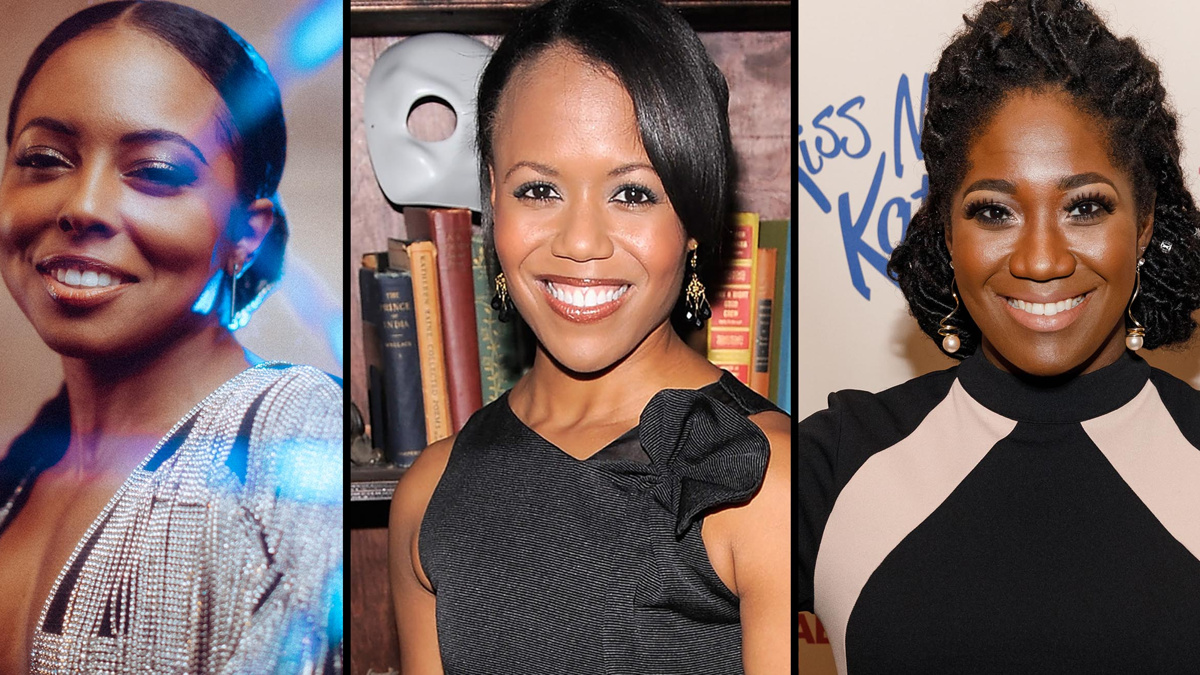 Daniels is set to star as Jenny in the Marianne Elliott-helmed Company revival that was forced to go on hiatus before opening due to the COVID-19 pandemic. Previously, Daniels has starred on Broadway in The Book of Mormon, The Gershwins’ Porgy and Bess, Anything Goes, Aida and more. She recently played Angelica Schuyler in the Chicago production of Hamilton. Learn more about the gender-bent Company revival here.

Iman was most-recently seen on Broadway in Shuffle Along, Or The Making of the Musical Sensation of 1921 and All That Followed and made her debut in Soul Doctor. She also appeared as Peggy Schuyler/Maria Reynolds in the Hamilton national tour. Iman is a co-founder of the Broadway Advocacy Coalition and Black Women On Broadway.

Scott has been with Aladdin since the show premiered on Broadway in 2014. He was originally acting as a standby on Broadway and went on to lead the Australian, national tour and Broadway productions. He was also a Broadway.com vlogger. His other Broadway credits include Something Rotten, The Book of Mormon, Hair, Mamma Mia and more.

Warren has been playing the title role in Tina – The Tina Turner Musical since it made its debut in the West End; her powerhouse performance earned her a 2019 Olivier nomination. Her Broadway credits include Shuffle Along, Or The Making of the Musical Sensation of 1921 and All That Followed and Bring It On. Warren is also a co-founder of the Broadway Advocacy Coalition. Click here to hear Warren talk more about the breakthrough role and befriending Tina Turner.