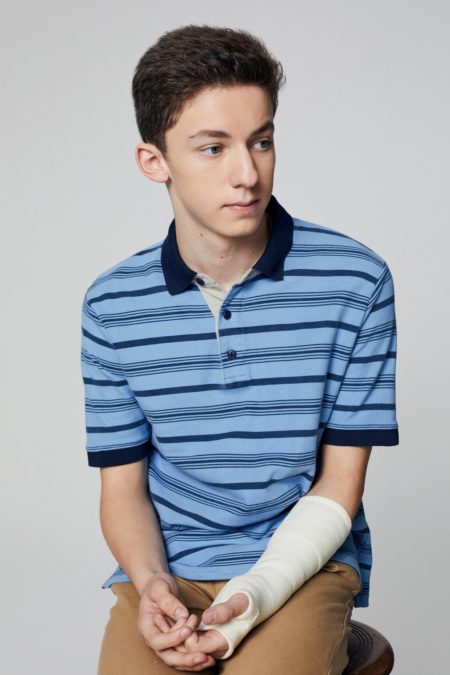 Andrew Barth Feldman, a 16-year-old high-school junior who triumphed at the 2018 Jimmy Awards, will make his Broadway debut in the title role of Dear Evan Hansen on January 30, 2019. Feldman will succeed current star Taylor Trensch, who will play his final performance on January 27, 2019.

"As a real-life high school student, I relate to the character of Evan Hansen immensely. And as a performer, it's obviously been a dream of mine to sing Pasek & Paul's amazing score—I'm so excited to get to make my Broadway debut in this show that means so much to me and my peers."

Feldman is currently a student at Lawrence Woodmere Academy in Woodmere, NY. He took home the 2018 National High School Musical Theatre Award (Jimmy Award) for Best Performance by an Actor for his take on Jason Robert Brown's "I Love Betsy" from Honeymoon in Vegas. Dear Evan Hansen will mark his first gig on the Broadway stage.